South Cambridgeshire’s Zero Carbon Strategy was adopted on 21 May 2020.  It outlines how Council will support the district to halve carbon emissions by 2030 and reduce them to zero by 2050, including delivering a reduction in their own carbon footprint of at least 45% by 2025, (on a 2019 baseline), and at least 75% by 2030.

S Cambs publishes a  quarterly Zero Carbon Communities newsletter with the latest news about climate change action both at the Council and within the District.  The second issue (with a link to the first) is available here.

See an edited extract from the newsletter about home composting.

The latest Michael Moore film, ‘Planet of the Humans’, written and co-produced by Jeff Gibbs, questions the idea that a future with 100% renewable power is possible.  It has been roundly criticised by many in the environmental movement (such as George Monbiot),  many of whom are concentrating on a switch to renewable fuels as a way of averting climate change.

Here, environmental economist Tom Smith supports the film and says that the problems go deeper than renewable energy.  Our whole way of life and use of earth’s materials, not just fuels, will need to change.  As he says, ‘An insatiable system based on renewable energy is no improvement over an insatiable system based on fossil fuels……..If there is to be an end to this madness, we need to end the death cult of capitalism.’

Has anyone seen the film?  Depressing? Realistic? Your views are welcome.

Local Futures is an organisation seeking to promote local economies which put the well-being of people and planet first.  They produced the film The Economics of Happiness which 2G3S showed in 2016.
Now Local Futures is organising World Localization Day, an online global festival taking place on June 21, 2020.

Organised in response to COVID-19, World Localization Day will feature eye-opening talks, interviews, music, short films and even comedy to inspire and empower individuals as we work to create a happier and more sustainable world going into the future.  HH The Dalai Lama and Noam Chomsky have both prepared special messages, and other contributors include Vandana Shiva, Joanna Macy, Alice Waters, Johann Hari, Iain McGilchrist, Gail Bradbrook, Charles Eisenstein, and many more.
Detailed event information can be found on the World Localization Day website: https://worldlocalizationday.org.

The UK’s first live pilot to inject zero carbon hydrogen into a gas network to heat homes and buildings at Keele University is now fully operational.

Hydrogen is a zero carbon gas that when burned produces just heat and water.  The Committee on Climate Change has determined that the use of hydrogen in our energy system is necessary in order to reach Net Zero.  Heating for domestic properties and industry accounts for half of the UK’s energy consumption and one third of its carbon emissions.  If a 20% hydrogen blend was rolled out across the country it could save around six million tonnes of carbon dioxide emissions every year, the equivalent of taking 2.5 million cars off the road.

HyDeploy is a ground-breaking green energy trial at Keele University that could help Britain cut its carbon emissions and open the door to a low-carbon hydrogen economy.  Backed by Ofgem’s Network Innovation Competition, the £7 million project is led by Cadent in partnership with Northern Gas Networks, Keele University, the Health and Safety Executive (HSE) Science Division, ITM-Power, and Progressive Energy.

Greenpeace have published a list of over 50 eco-themed books, films, TV shows, and podcasts to enjoy during lockdown.

See this article from The Guardian which talks about built-in obsolescence, especially of digital equipment.  It doesn’t mention this, but I understand that when the first filament light bulbs were invented, it would  have been possible to manufacture them to last indefinitely – but it was decided that that wouldn’t be good for business, and so a limited lifespan for each bulb became the norm.  So ‘built-in obsolescence’ is not a new concept, but shocking nonetheless given the mountains of waste we are creating at a time of shrinking resources.

Good to see the reference to Repair Cafes! 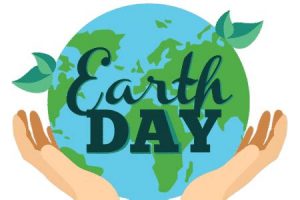 The celebration of ‘Earth Day’ began in the US in 1970 when Gaylord Nelson, a Democrat Senator and governor of Wisconsin,  proposed April 22 as a day for Americans to speak out about the environmental crisis.  See him speaking here.

Since then Earth Day has been observed not only in the US but around the world.  In 2016, the United Nations chose Earth Day as the day when the historic Paris Agreement on climate change was signed into force.

2020 represents the fiftieth anniversary of Earth Day and the theme for this year is climate change.  It is ironic that on the one hand events to mark the day will this year have to be digital because of the coronavirus pandemic (arguably itself a result of our cavalier and exploitative approach to the natural world) while on the other hand environmentalists may be welcoming the fact that the price of American oil has just gone negative for the first time ever.

For more information, and how to get involved, visit the Earth Day website.